The Purpose of a Myth: Insights from J.R.R. Tolkien and Mircea Eliade

The stories told in myths have the power to resonate deep within the human heart. Are myths more than just a good work of literature?

Mircea Eliade and J.R.R. Tolkien, two great thinkers of the twentieth century, would say myths are definitely more than a work of literature. When it comes to the question, what is the purpose of myths, both men wrote that besides the telling of a good story, myths point toward the spiritual and transcendent nature of the human person.

What is the Purpose of a Myth? To Reveal Our Transcendent Reality

Mircea Eliade (1907–1986) was a philosopher and historian of religion who conducted a cross-cultural study on the origin of religion. Eliade found that religion originates from an irreducible experience of the sacred (common to most human beings), which seeks to find its outward cultural expression in myths and rituals. 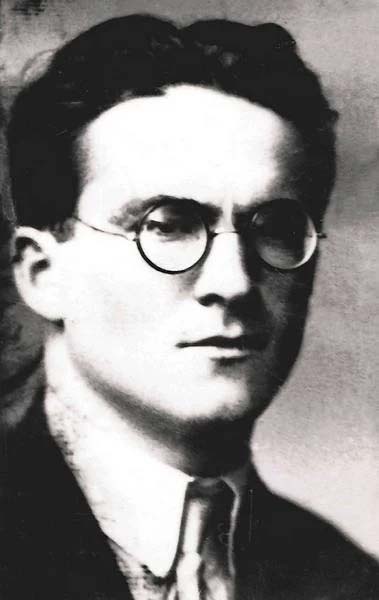 In early civilizations, myths were stories that sprang from the inhabitants inner spiritual experience. These myths and rituals become the communal gateways to connecting with the Transcendent Reality. Eliade states:

“The myth is regarded as a sacred story, and hence a ‘true story,’ because it always deals with realities.” —Mircea Eliade

Myths deal with the realities of good and evil, heroes and heroines, creation, supernatural beings, ect. Eliade highlights myths that recount the beginning of primordial events, i.e. a creation story or when a sacred being first enters time. Through their mystical powers, the purpose of these myths was to allow the person of the present day to experience past sacred events. 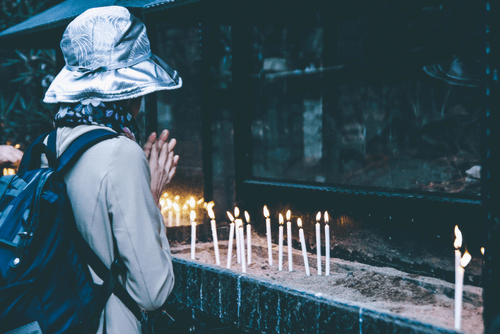 As myths are recounted, the participant re-enters the past sacred event–almost as if the time separating it from the present moment collapsed (or did not exist at all). This puts the participant in contact with the transcendent reality who was present at that time.

What is the Purpose of a Myth? To Reveal Truth

J.R.R. Tolkien (1892-1973), writer and author of The Lord of the Rings trilogy, also understood the power behinds myths when he said:

“[Myths are] the best way—sometimes the only way—of conveying truths that would otherwise remain inexpressible. We have come from God and inevitably the myths woven by us, though they contain error, reflect a splintered fragment of the true light, the eternal truth that is with God.” —J.R.R. Tolkien

For Tolkien, myths presume that ultimate truth and meaning are not to be found in the natural world. They are based on the presumption that this world is too restricted, conditioned, and contingent to hold ultimate truth and meaning; and so they tell a story that expresses a “creed” about creation, a transcendent reality, gods, heroes, villains, good and evil, virtues and vices—a story about adventure and challenge, darkness and light, wisdom, courage, fortitude, and temperance.

Through this “high narrative,” myths open upon an interior belief held by the vast majority of people, namely, that there is an ultimate reality beyond this world, that this reality has come into this world to give us transcendent dignity, meaning, and destiny—and to reveal the way to draw close to this ultimate meaning. If this is our common belief, then we should not be surprised that myths fascinate and captivate not only our imaginations, but our very souls (the interior domain in which the transcendent makes contact with us).

Myths and Our Call to be Heroes and Heroines

Tolkien’s understanding that myths reflect the eternal truth of our Creator inspired him to create his own truth telling myth with The Lord of the Rings.

The extreme popularity of The Lord of the Rings can be attributed to the fact that it tells the truth about ourselves—that we are called to be heroes (or helpers of heroes) in a most noble mission: the defeat of cosmic evil and the restoration of cosmic good.

Hero myths like The Lord of the Rings tell us that our lives are not purely mundane, but rather involved in matters of the highest consequence—eternal consequences. Though we may look at the hero as distinct from ourselves, we cannot help but think that the hero’s challenges are in some way our challenges; his victories, our victories; his virtues, the virtues to which we aspire; his dangers, the dangers that confront us; and his internal struggles with vice, the ones that could befall us.

Myths and their Effect on the Person

The breakthrough of the transcendent reality in myths is not neutral but provides strength and truth to all participants. In doing so, it tells us how to attain our true purpose (divine purpose), which in turn tells us how to live our lives and how to develop our character (by imitating the heroes). The actions of the great heroes show us not only how to act, but why we ought to act that way. They give us clues about the end and goods for which we should be living, and they show how certain actions fulfill those ends or goods.

The Purpose of Myths: Conclusion

These insights on myths from Eliade and Tolkien denote the human person’s affiliation toward his/her transcendent nature and how we are to live in the world as both material and spiritual beings. Eliade explains that when we recount the sacred story of a myth we enter into sacred time, which in turn, connects us to a transcendent reality. Furthermore, Tolkien reveals that myths reflect truths about reality and ourselves.

Overall, the purpose of myths is to reveal that the human person is more than a material being. Myths remind us of our sacred, transcendent nature, and they teach and inspire us to live heroic lives of virtue and truth.

The Purposeful Universe seeks to explore and present, through award winning videos, the abundant order in nature that funnels biological systems toward increasing levels of complexity and sophistication—suggesting that human life is the purposeful outcome of a complex, ordered system.

Evidence for belief in God or gods emerged in the human species around the time of the Neanderthals but is most convincingly ...
Start Reading
Maggie Ciskanik, M.S., MSc. Feb 3, 2022 4:06:07 PM 8 min read

Why Do We Have Emotions? The Science Behind Positive Emotions

If you were asked what function positive emotions play in human survival and development, would you be able to answer the ...
Start Reading