The human brain is the most complex organ in existence. It is a largely uncharted frontier for scientists. And it is not like a computer.

What do we know?

From National Geographic tutorials to documentaries by NBC and the BBC, there are multiple resources describing brain anatomy and its general functions. 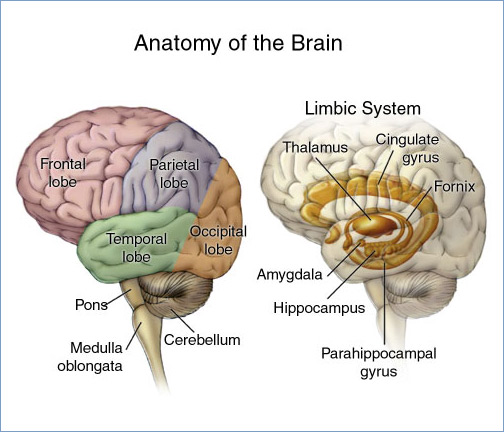 We now have a wealth of information about brain structures, and the pathways used to take in sensory information. We know how that information is passed from external stimuli to all the working parts of our nervous system; how memories are formed; how emotions are formed and where they are processed; and how we learn. Ultimately we even know the microscopic structures that distinguish humans from other vertebrates, including our closest primate “relatives.”

The consensus among scientists, however, is that we are only just scratching the surface of what can be learned.

The Allen Institute for Brain Science

According to Christof Koch, Ph.D., Chief Scientist and President of the Allen Institute for Brain Science, “We don’t even understand the brain of a worm.” In this article we read:

The lab roundworm, more technically known as Caenorhabditis elegans, houses 302 neurons and 7,000 connections between those neurons in its microscopic body. Researchers have painstakingly mapped and described all those connections in recent years. And we still don’t fully understand how they all work synergistically to give rise to the worm’s behaviors.

To put that in context, the following analogy, used by a graduate school professor, can give us some insight into the magnitude of the complexity of the human brain.

Now understand this: there are 100 billion neurons in the human brain—the same number as there are stars in the Milky Way galaxy.

Mapping those connections is indeed a monumental, even daunting, task.

There is gray matter and white matter in the brain. The gray matter consists of the cell bodies of the neurons and the white matter are their axons (the extension of the cell that allows it to communicate with other cells). There are other cells in the brain called glial cells that have various functions, such as support, myelination, and maintaining the blood brain barrier.

The challenges in brain research

According to Koch, scientists at the Allen Institute have yet to identify all the types of cells making up the brain:

Different teams at the Institute are sorting cells based on the genes they switch on and off, their detailed shapes, the regions of the brain they connect to, and their unique electrical behavior. Then comes the hard task of putting all that information together to define brain cell types based on all of these attributes.

A related challenge is to identify which brain cells are involved in disease. There is enormous potential for treating diseases by delivering specific gene therapies once the diseased cell types can be identified. 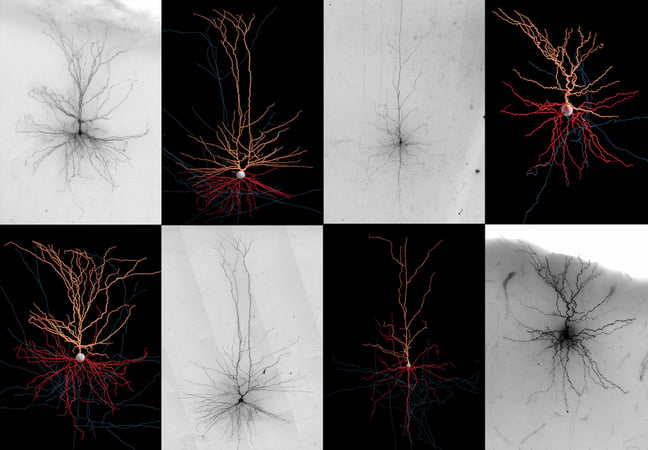 "Different human neurons studied at the Allen Institute, part of an effort to chart all the different types of human brain cells." / Allen Institute for Brain Science

Another challenge comes from studying the visual cortex which has been going on for decades apparently. With new technology, allowing researchers to look at tens of thousands of neurons at a time, there is hope for a breakthrough in understanding the mysterious process of the transformation that takes place from sensory perception of external stimuli to an internal representation of that information. 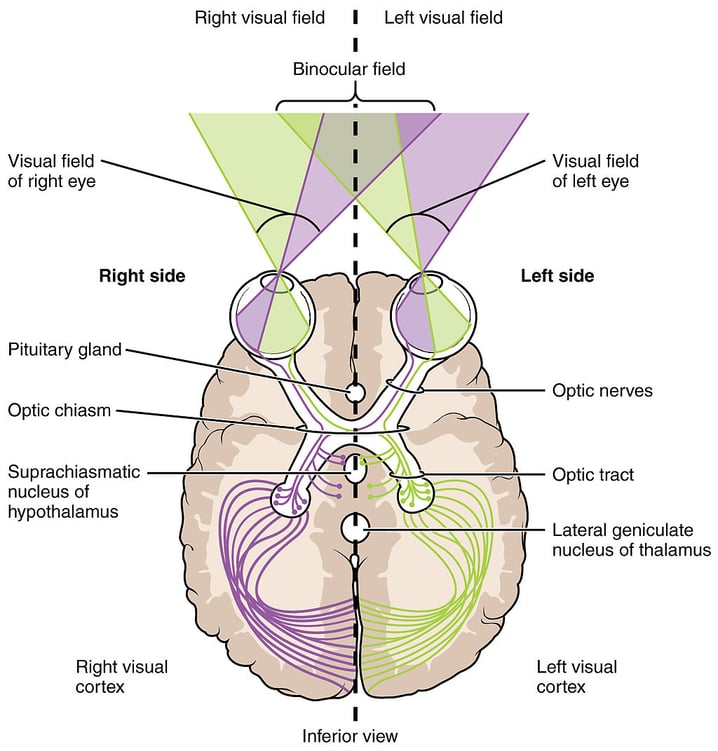 The human brain is not a computer

The brain has been compared to a computer for decades. Many scientists from both neuroscience and computer technology strongly contest this analogy.

Dr. John Grohol, founder of Psych Central, makes it clear that brains and computers have less in common than the analogy suggests:

Computers are technology-based tools that only do what they are told (programmed) to do. Your brain, on the other hand, began life with a set of reflexes it was never taught. Your brain re-experiences things in order to for you to remember, but it doesn’t store those memories in anything that looks or acts like a computer’s storage device.

In a simple example from this article, the reader is asked to draw a US dollar bill from memory. This challenge demonstrates a striking distinction between a brain and a computer. The computer is better at accurately storing and retrieving specific details! Computers also outperform humans in algorithmic calculations—and what quantum computers may accomplish in the future is staggering.

There are intriguing philosophical as well as neurobiological aspects to this kind of discussion, including: what is intelligence? What is consciousness and self-awareness, and what structures are necessary to achieve them?

If nothing else is clear about the human brain, we can be sure that its complexity and “mysteries” will call up human creativity in new and challenging ways in order for us to understand ourselves.

View an additional resource about how neurons communicate. 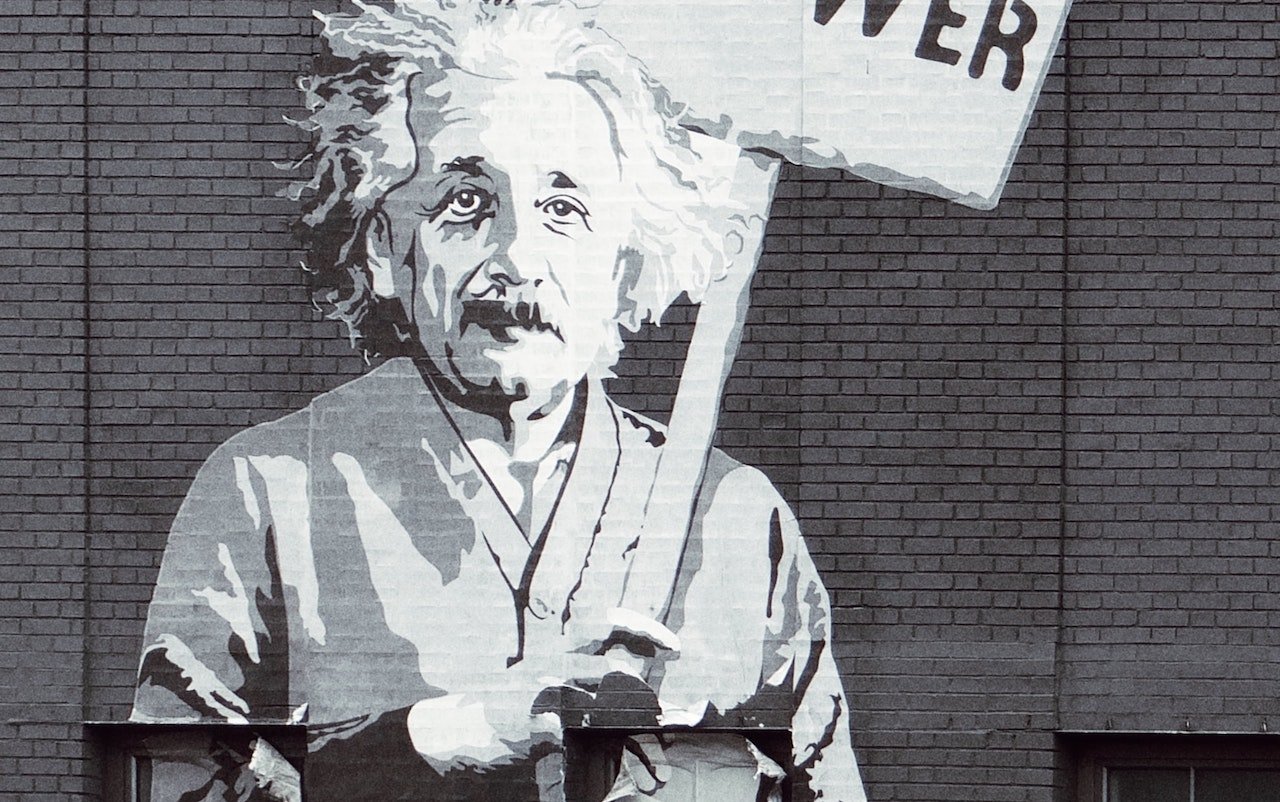 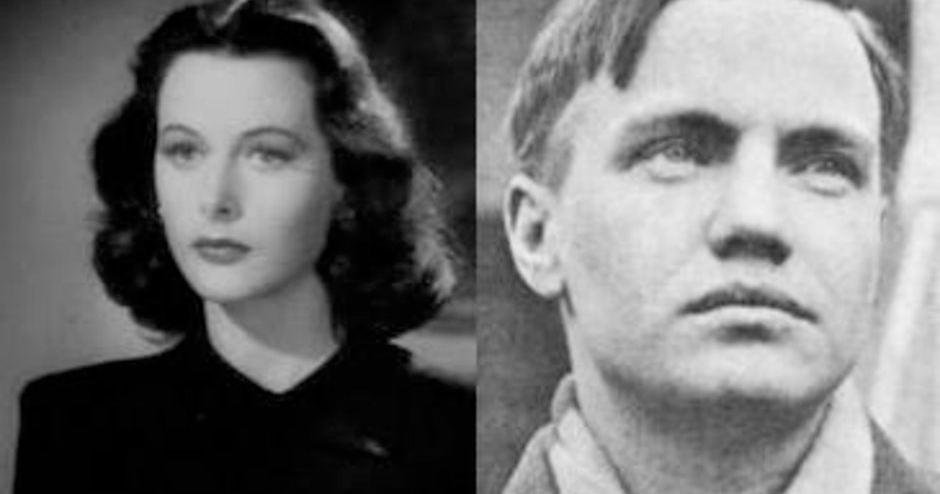 While scientists created the atomic bomb, an actress and a composer created the basis for modern telecommunication