Progress in the Search for Habitable Exoplanets

An exoplanet is a planet outside our solar system. Their existence was thought about but not confirmed until the 1990’s. According to NASA’s exoplanets timeline, the first exoplanets were discovered in 1992 when two planets orbiting a pulsar in the constellation Virgo were identified. In the years that followed, many other exoplanets were discovered, some so close to their star that they were nicknamed “roasters.”

We now know that there are 4 thousand exoplanets in the Milky Way galaxy, with more candidates waiting in the wings for confirmation.

Exoplanet Found inside the Goldilocks Zone: Another historic first

But not many of these exoplanets appeared to be in a “habitable zone,” the “Goldilocks” distance from the host star that would allow water to exist on the surface of the orbiting planet.

That changed in 2001 when the first exoplanet inside a habitable zone was discovered.

Since then, Proxima Centauri b has been identified as the closest exoplanet in a habitable zone—within 4 light years! (Most exoplanets are approximately 3000 light years away.)

What are exoplanets made of?

Most exoplanets to date have densities that suggest compositions ranging from terrestrial to gas with chemical makeups similar but in different ratios than planets in our solar system.

More recently, scientists have declared that the composition of some exoplanets is stranger than we thought. Two scientists, astronomer Siyi Xu of NSF’s NOIRLab and geologist Keith Putirka of California State University, Fresno, teamed up In an analysis of debris found in the atmosphere of white dwarfs—stellar remnants of stars like our sun. Debris from former orbiting bodies and asteroids was analyzed in their study published in Nature Communications. Some rock types were familiar but other “polluting” rock types were completely unfamiliar: they had to create new names to categorize them! Not only can these findings tell us something about the composition of the former orbiting planets, they may provide clues to how oceans could have formed or plate tectonics developed there.

Watch a brief video on why rocky exoplanets are even stranger than we thought.

Why do we care? The search for life and habitable exoplanets

The discovery and analysis of exoplanets is part of the larger project seeking to answer a very old question: Are we alone in the universe?

Astrobiology is the field of science interested in the origin of life on earth and its possibility elsewhere in the universe.  “Biosignature gases” have been a key to the hunt for life on other planets. These are the metabolic by-products of biological life that can accumulate in gaseous form in the atmosphere of a planet. Atmosphere composition can be analyzed by spectroscopy since elements have a signature wavelength. Oxygen, of course, is high on the list as is methane.

New space missions and the launch of new space telescopes are underway that will add to the fund of knowledge created by the emerging technologies.

In fact, NASA is calling for a new framework to rate discoveries on a scale.

As described in the Nature article written by NASA’s chief scientist, Jim Green, and others:

At the first step of the scale, “level 1,” scientists would report hints of a signature of life, such as a biologically relevant molecule...Moving up to “level 2,” scientists would ensure that the detection was not influenced by the instruments having been contaminated on Earth. At “level 3” they would show how this biological signal is found in an analog environment, such as an ancient lakebed on Earth similar to the Perseverance rover’s landing site, Jezero Crater.

Is there other life in the universe? Are we alone? Should we care? 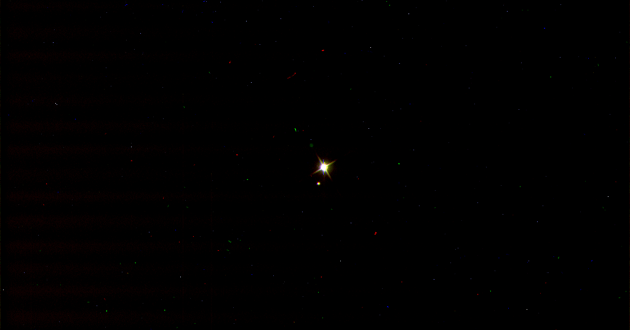 Ultimately, it is natural to be curious about our origin and place in the universe. According to NASA:

Whether life exists beyond Earth is one of the most profound questions of all time. The answer will change us forever, whether it reveals a universe rich with life, one in which life is rare and fragile, or even a universe in which we can find no other life at all.

Are we on earth any more or less significant if life is discovered elsewhere? Dr. Karin Öberg, Harvard professor of Astronomy, thinks not. Her hope for the future in astronomy is that in the next 10 years some form of bacterial life will be discovered somewhere in the universe. In a brief video she describes her attitude this way:

It is easy to feel a bit insignificant [when you consider the huge number of possible planets with life]  But should this matter when we think about our own worth? I think not. What matters is that we remain fearless in the pursuit of truth.

This article was originally published on January 13, 2022 and updated on February 25, 2022 for relevancy

When was the first first exoplanet discovered? At the beginning of Natalie Batalha's career there were no known exoplanets. ...
Start Reading
Maggie Ciskanik, M.S., MSc. Apr 7, 2022 12:37:34 PM 4 min read

After successfully identifying thousands of exoplanets as the project scientist for the Kepler mission, Natalie Batalha will ...
Start Reading
Purposeful Universe Jun 28, 2022 10:22:13 AM < 1 min read