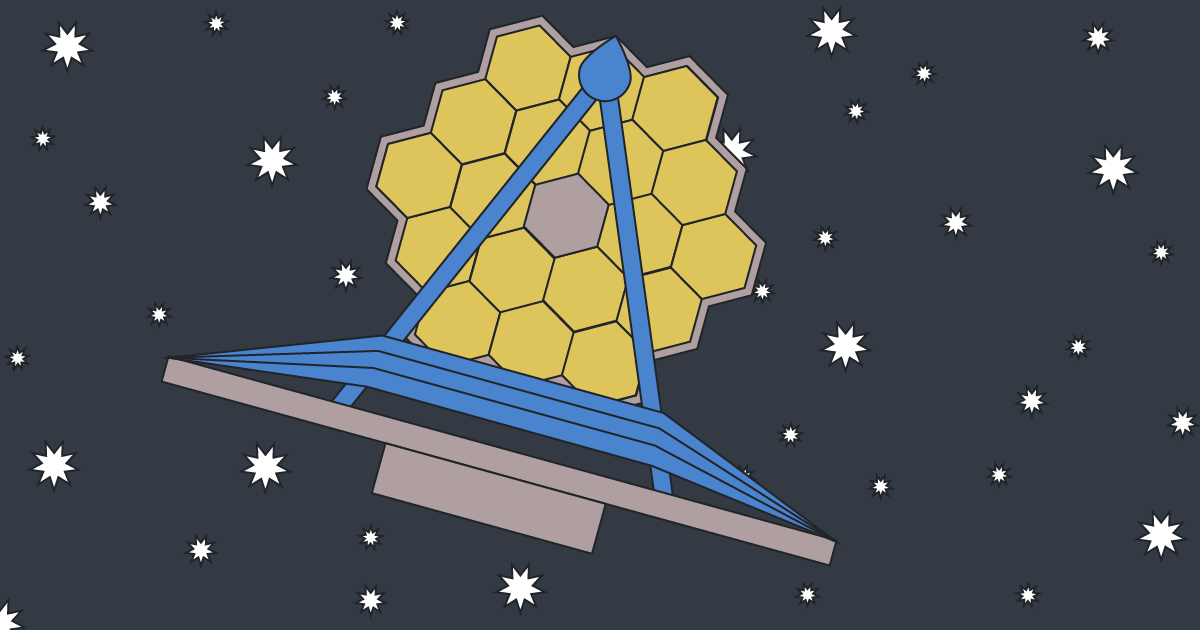 The first image from the James Webb Space Telescope’s Near Infrared Camera (NIRCam) was unveiled on Monday, July 11, 2022. It is a spectacular first Deep Field Image capturing light from galaxies within 1 billion years of the Big Bang, which occurred 13.8 billion years ago.

The image is composed of different infrared wavelengths captured over 12.5 hours. The blurry spot near the middle is galaxy SMACS 0723 as it looked 4.6 billion years ago. Other galaxies can be detected in front and behind this one. Details of these distant galaxies include faint structures that have not been captured before. These include star clusters and other diffuse features that researchers will be examining closely in the weeks and months to come.

Why distance and time are linked by these images

As the universe expands, light from its furthest regions is stretched into the infrared range. It takes billions of light years to reach our solar system. This is why data collected by the various infrared instruments on board the JWST reveals information from the early universe.

Images from other Webb instruments: MIRI and NIRSpec

Data captured by Webb’s Mid-Infrared Instrument (MIRI) is evident in the more vibrant colors in its first image. 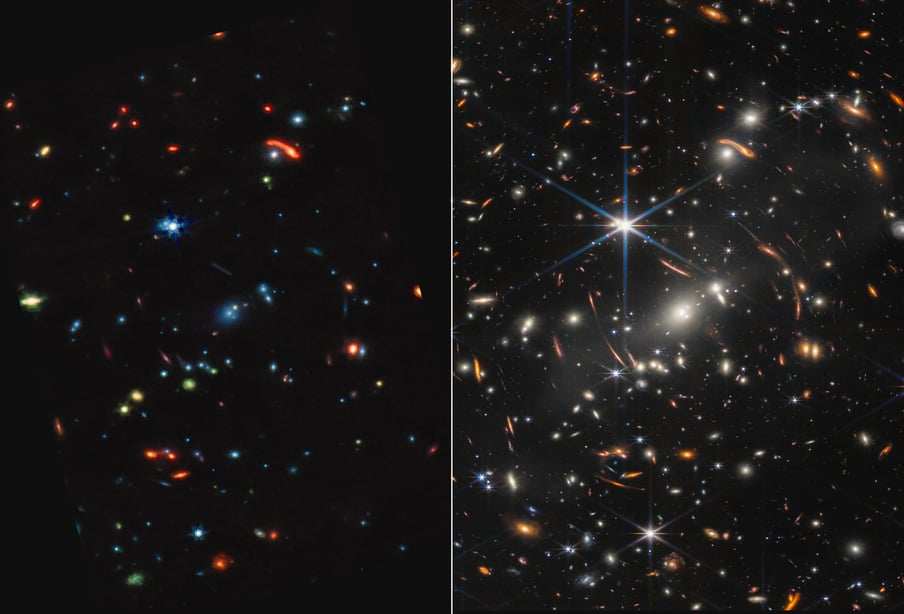 Mid-infrared wavelengths can capture where dust is, a major ingredient in star formation. Relative amounts of dust can be used to determine the age of a galaxy, with less dust indicating an older galaxy and more dust a younger one. (See the difference between images here.) Colors reveal a host of other details. The red objects shrouded in dust may be galaxies, but if the object is blue without spikes, it is also a galaxy. Stars will have tell-tale spikes—sharp rays of light emanating from them—and can be blue or yellow. The presence of green in the image is perhaps the most  exciting for researchers because green in the dust of a galaxy reveals the presence of hydrocarbons and other compounds associated with life.

Data from the Near-Infrared Spectrograph (NIRSpec) when combined with MIRI’s mid-infrared data, is actively contributing exciting new information as well. 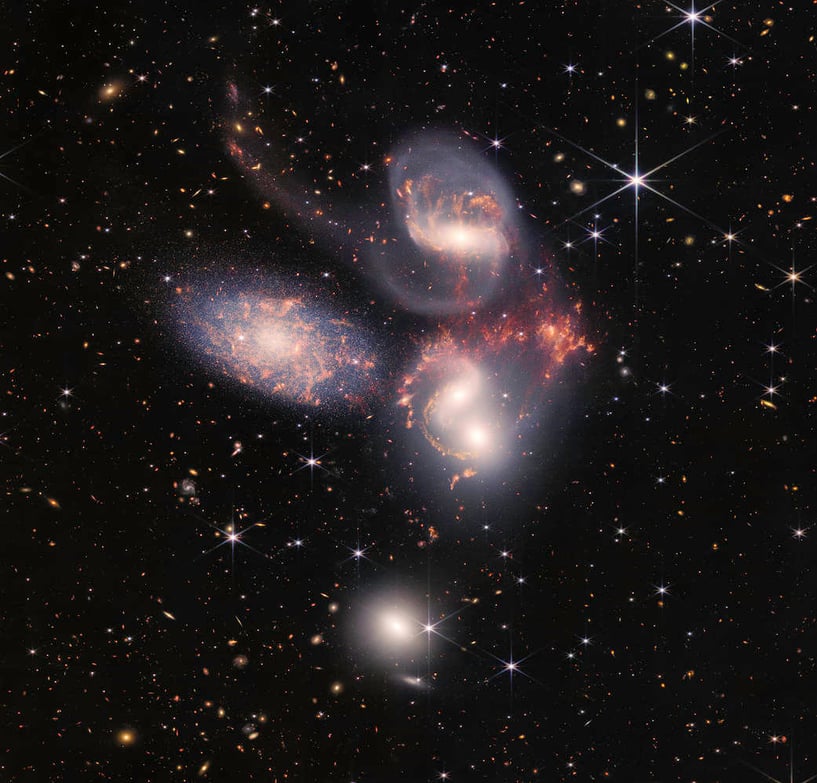 In a combined image, Stephan’s Quintet, a cluster of 5 galaxies, is revealed in startling detail. Four of these galaxies are as far away as 290 million light years away, with one as close as 40 million light years from earth. This is relatively close in cosmic terms, especially when compared to the galaxies from Webb’s NIRCam. NASA describes the image this way:

With its powerful, infrared vision and extremely high spatial resolution, Webb shows never-before-seen details in this galaxy group. Sparkling clusters of millions of young stars and starburst regions of fresh star birth grace the image. Sweeping tails of gas, dust and stars are being pulled from several of the galaxies due to gravitational interactions. Most dramatically, Webb captures huge shock waves as one of the galaxies, NGC 7318B, smashes through the cluster.

The expectations surrounding the James Webb Space Telescope, this multinational cooperative space observatory, are being exceeded even at this date. Awed by these early images, the future data mining by researchers may truly revolutionize our understanding of the evolution of the cosmos. 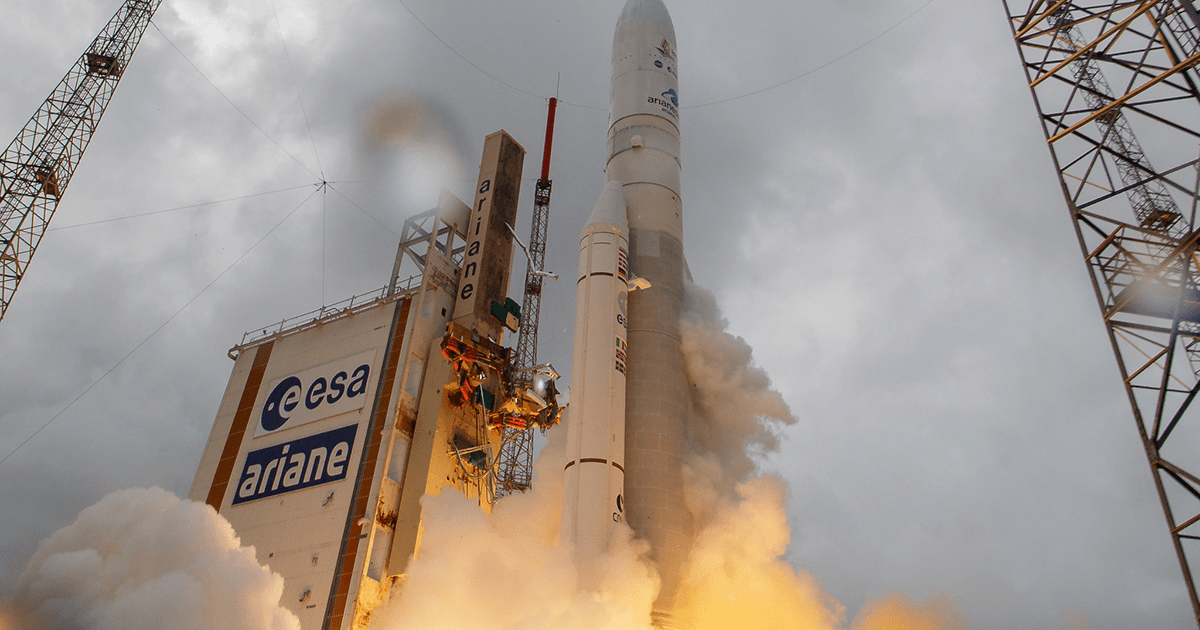 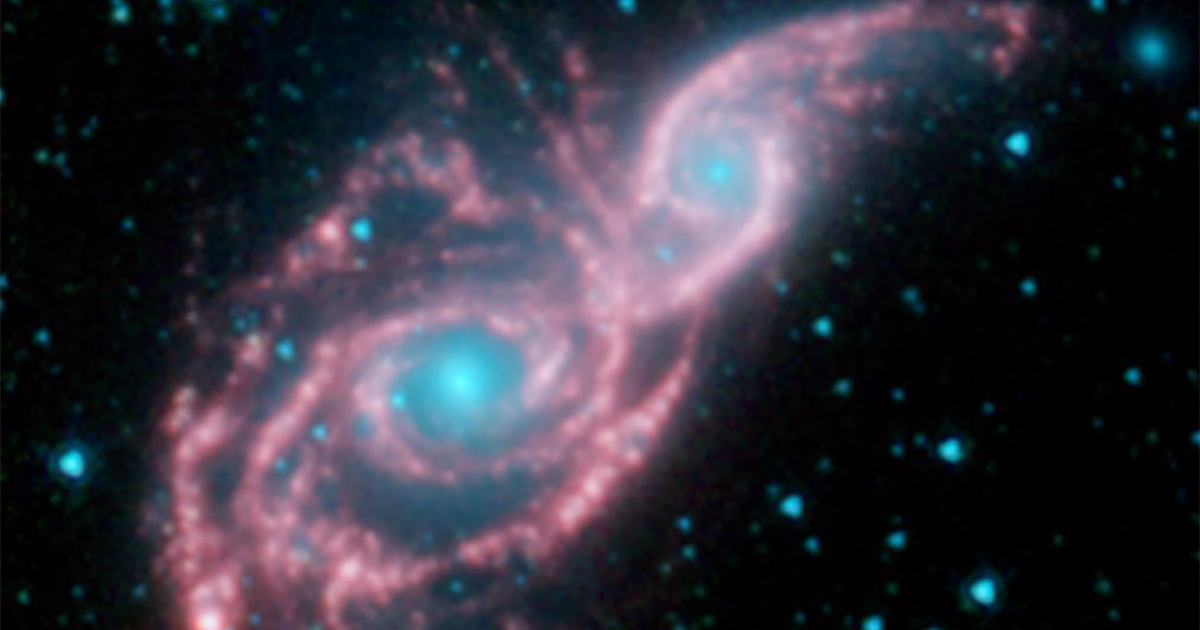