Because of Dr. Vera Rubin, dark matter became a household term in the 1980’s, but we still aren’t sure what it is or even if it really exists. Like many historic scientific discoveries, the existence of dark matter is based on indirect evidence.

Who is Dr. Vera Rubin?

Dr. Vera Rubin is an astronomer who significantly contributed to our present understanding of dark matter. She studied at Vassar College, Cornell University, and finally received her Ph.D. from Georgetown University. Her love for the stars began when she was growing up, gazing out the windows of her family's home in Washington. D.C.

After completing her Ph.D., Rubin began working at Carnegie Institution’s Department of Terrestrial Magnetism with Dr. Kent Ford in a collaboration that uncovered striking data about the motion of stars supporting the existence of dark matter.

On November 14, 1977, at the Kitt Peak National Observatory in Arizona, Dr. Rubin and Dr. Kent Ford tested a new technique to study the motions of stars within spiral galaxies. What they discovered rocked the astronomical world: stars farther from the center were traveling at similar speeds to those close to the center.

The similarity of the speeds was a shock. The expectation was that just as the more distant planets in our solar system rotate more slowly than the inner planets, so stars farther out at the edge of our spiral galaxy should also rotate more slowly according to Newton’s law of gravity.

Further observations by Rubin and other astronomers confirmed the observations they made that night. Spectra from galaxy after galaxy revealed similar results. Even when they examined clusters of galaxies, the galaxies themselves were moving too fast!

What could cause such a phenomenon?

To describe the fundamental particles and forces at work in the universe, physicists use the Standard Model. Gravity is one of four fundamental forces in the cosmos, expressed by Newton’s famous equation F = Gm1m2 / r2. This equation shows that there is an inverse relationship between the masses of two objects and the distance between them: the farther away the objects, the less gravitational force there is. Inner planets in our solar system, for example, spin faster to counteract the stronger pull of the gravitational force, while outer planets spin more slowly.

By contrast, based on Rubin’s observations, the visible matter in galaxies just cannot account for enough gravitational pull to explain the observed similarity of speed of the stars whether they were close to the center or out in the spiral arms. Hence, she and Ford concluded that there must be some kind of invisible matter—at least 100 times more than the visible stars—to account for the observations.

By analyzing x-ray data from Chandra telescope, astronomers could map the temperature and distribution of matter in the galaxy.

Dr. Vera Rubin and the case of the “missing matter”

One might expect that we would know more about this “missing matter” by now. In an interview from 1993, fifteen years after proposing the existence of dark matter, Dr. Rubin expressed her disappointment that more had not been discovered:

“In 1980 I really thought that in 10 years we’d have it. It’s a big disappointment to realize that the answer is as far away as ever.”

In 1998, there came another shocking discovery: with data from the Hubble Space Telescope, it was determined that the universe was expanding at a faster than expected rate. The existence of dark energy was proposed as an explanation. According to Robert Caldwell, a cosmologist from Dartmouth College, dark energy is distinct from dark matter:

The hunt is still on for a dark matter particle

One group of researchers has proposed that a class of particles called axions might be a likely candidate for dark matter. According to the theory, these particles create an oscillating field. The oscillation creates a frequency. Based on the assumption that dark matter should influence the spin of nuclei, the researchers employed nuclear magnetic imaging to investigate any changes in the nuclear spin of the Carbon-13 isotope and hydrogen atoms when exposed to a range of frequencies. So far, their efforts have not yielded the hoped for evidence.

Other research focused on 16 dwarf galaxies is leading scientists to continue the search for dark matter particles. What they have uncovered is a relationship between the number of stars and supernovae in a galaxy to the distribution of dark matter within that galaxy. That is, the more stars formed, the more dark matter appears to have been pushed away from the center. This observation would square with the existence of dark “particles” that can be moved or pushed around.

In 1974, Dr. Hawking proposed the existence of tiny, primordial black holes created shortly after the Big Bang. He believed their existence might account for a large proportion of the effects attributed to the elusive dark matter.

Results from a recent study, however, have ruled out that possibility for now. After scrutinizing 190 consecutive images of the Andromeda galaxy taken over 7 hours, they found little evidence of gravitational lensing events. If primordial black holes were abundant enough to account for the proposed dark matter, the researchers anticipated 1000 lensing events. They found only one.

An alternative theory: there is no such thing as dark matter!

One new study, published in the Journal of Cosmology and Astroparticle Physics, shows how “tweaking the laws of gravity on the enormous scales of galaxies” may be enough to explain the observed speed of outer stars within galaxies. Even though the laws of gravity are well tested within our solar system, it is possible that they do not apply with sizes and distances that are at least a billion times larger.

This theory uses the idea of a “bubble” of gravitational influence that massive objects exert. The size of the bubble depends on the mass of the object. Within the bubble, Newtonian laws of gravity apply, but outside the bubble they do not. According to an article on the study, “This means that the law of gravity changes at different length scales in galaxies and clusters of galaxies respectively and therefore it can explain the apparent dark matter in both systems simultaneously.”

Researchers claim that their bubble theory also explains the high variability of galactic motion, for which there is increasing evidence.

We are still in the dark

Recently the questions raised by the theory have become more complicated. Researchers have found a galaxy with no apparent dark matter!

More experiments are needed to uncover the truth about dark matter. In his book, “Fatih, Science, and Understanding,”John Polkinghorne, Cambridge mathematics professor and theologian, makes this instructive observation:

“...scientific understanding is not just read out of nature, but it is attained through a creative interpretive process.”

And like all things in this passing world, that takes time. 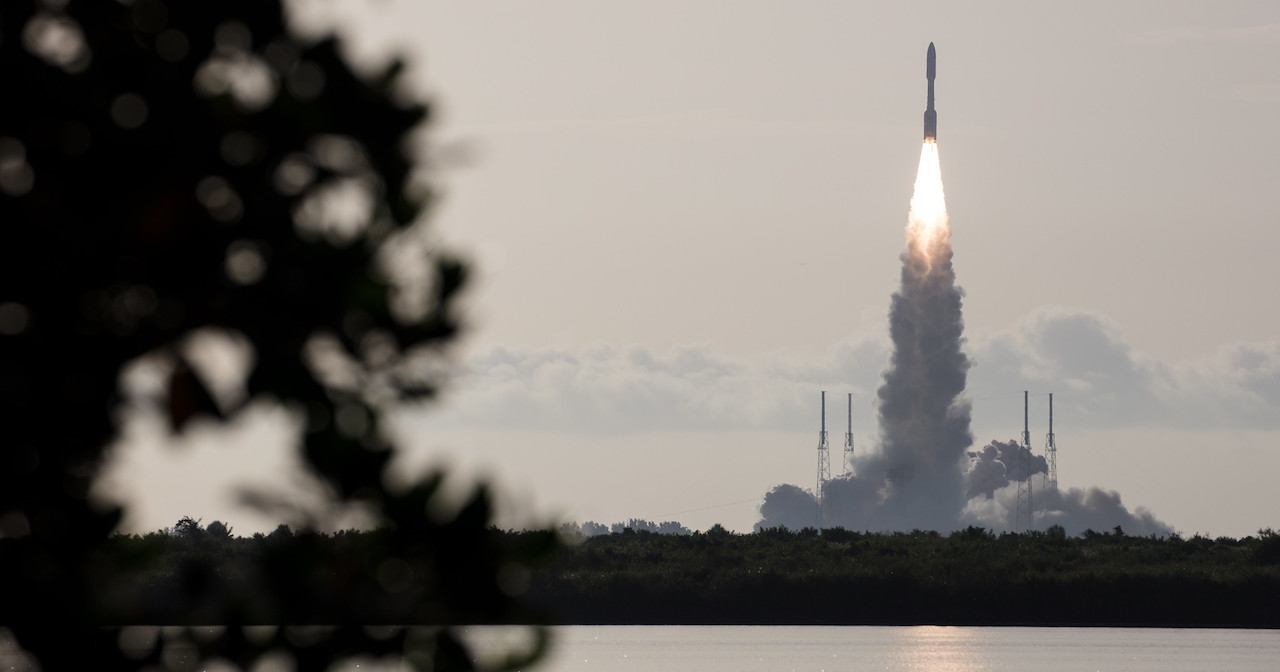 On Thursday, July 30, 2020, NASA launched a rocket with the new rover, Perseverance, on board. Perseverance is NASA’s newest addition to the robotic Mars...

After successfully identifying thousands of exoplanets as the project scientist for the Kepler mission, Natalie Batalha will work with her daughter Natasha and others on...