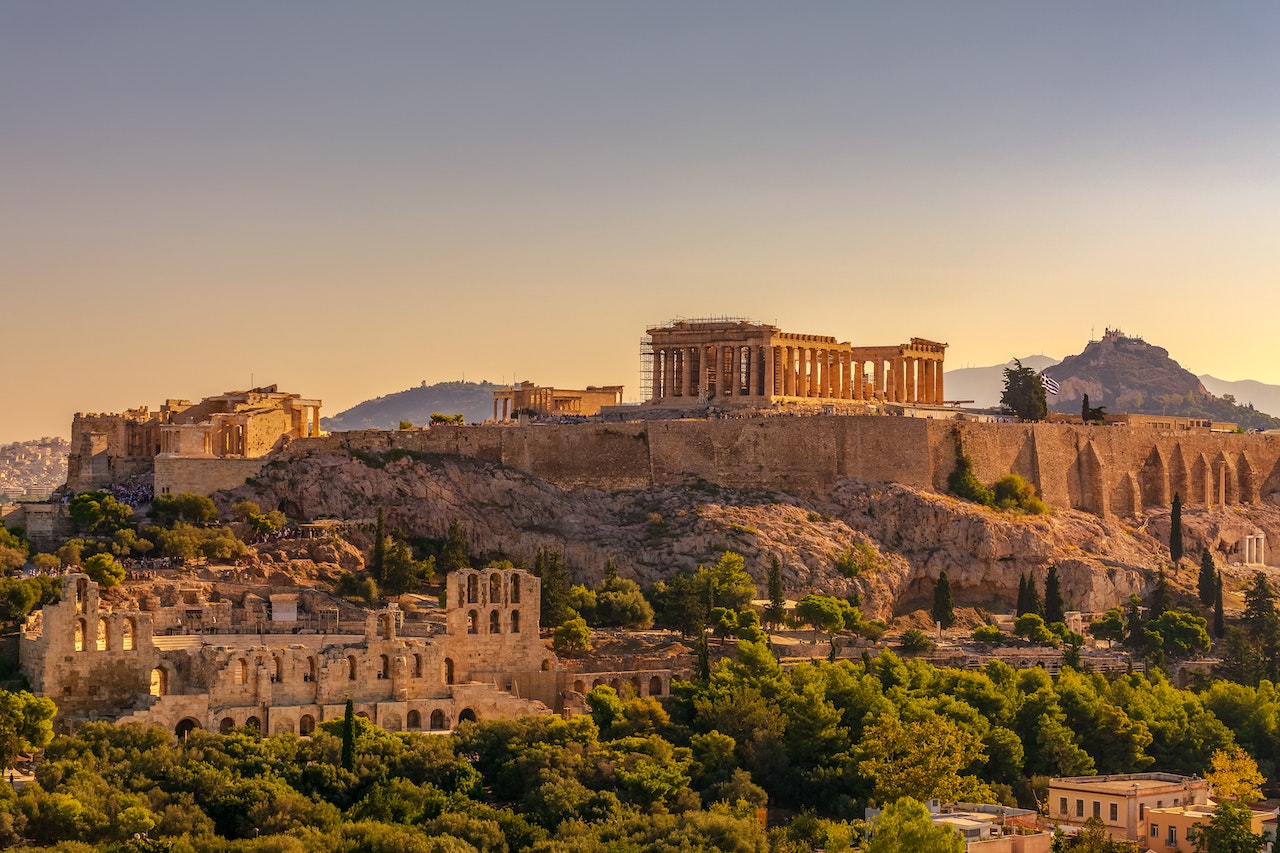 Lofty temples, elaborate tombs, imposing cult statues: over the millennia, the human species has made cultural objects that bear striking resemblance to each other despite distances of time and space. And these resemblances aren’t just visual; they’re also practical. In fact, culturally distant objects often appear similar because they evolved to perform remarkably similar (and usually spiritual) functions.

Indeed, before modern times, most cultures reserved their most precious, durable materials and their highest levels of craftsmanship for spiritual objects, including the aforementioned temples, statues and tombs. Because of the care lavished on artifacts like these, they have survived in relatively high numbers today, offering us a unique lens onto values that seem to be perennial.

When the modern discipline of art history was born in the early 1800s, many of the first great art historians tried to identify dynamics that might account for these notable visual-material resonances across cultures. Some posited secret trade routes, precocious and unrecorded journeys of discovery, and hidden diplomatic missions, none of which could be proven historically or archaeologically. Others posited universal similarities in terms of the physics of art-making (arguing that similar materials inevitably yield similar decorative forms), but these theories, too, could be pushed beyond their breaking point.

Finally, others surmised, inspired by the philosopher Immanuel Kant, that the human psyche tends to gather up stimuli and then press them into increasingly simplified, abstracted forms that aesthetically converge as history proceeds. In this system, modern abstract art (think Mark Rothko or Jackson Pollock) was thought to function as a universal, cross-cultural endpoint. Unfortunately for these theorists, the triumph of a uniform, global abstract art now seems like a 1960s pipe dream.

As I suggested at the beginning of this essay, an alternate explanation for the amazing similarities among aesthetic forms across cultures may lie in the existence of a shared human nature and shared spiritual “ecosystem” across all peoples. Perhaps, in fact, all great cultures demonstrate exposure to the same universal spiritual forces.

This series of blog posts will map out some of the notable visual-cultural similarities across many world civilizations. Throughout, I will point out not only aesthetic resonances, but also correlations in ritual use that often resulted in deep harmonies despite a first-glance difference in appearances. It should go without saying: these blog posts are not meant to prove anything conclusively; there is so much more research to be done! Instead they’re meant to sketch out a paradigm that may be useful in future investigations of world cultures and the human spiritual experience.

One remarkable similarity among global architectural forms involves the parallel evolution of sacred “high places” in many world cultures. These high places could be positioned on natural hills or mountains, or they could function as their own, artificial high points. Furthermore, almost invariably, they included an inner sanctum, or “holy of holies,” at their peak. This was a space reserved for priests, where the most sacred rituals and sacrifices would be performed.

While the conditions of modernity (and also, I would argue, the fact of God’s incarnation as human) have brought about structural and imaginative changes in the way we do religion today, religious practices in the ancient world, centered on temples as “high places,” were notably similar across time and space.

Sacred Spaces in the Western World

In the Western world, the first sacred spaces of this nature were built in the Middle East, in the so-called Fertile Crescent. These structures, called ziggurats, functioned as platforms that raised ancient priests and their sacrifices closer to the gods. In a vast, flat, desert environment, the ancient ziggurat must have been a powerful symbol: not only did it lift priests up toward the divine, but it functioned as a spiritual beacon that could be seen from miles around.

Even for those not allowed to climb the sacred steps or enter the inner sanctum on top of the platform, the ziggurat must have been a sign of holiness and otherworldliness. Its verticality was perpendicular to the flat desert landscape and pointed toward something other—something transcendent. One of the most famous ziggurats still standing is the Great Ziggurat of Ur, built by the Sumerian people in the 21st century B.C. Though the shrine at its summit, dedicated to the moon god Nanna, has not survived the ages, the vast platform of the ziggurat can still be visited in Iraq.

Other Middle Eastern and Mediterranean holy places followed this pattern. In ancient Greece, for example, the Parthenon (dedicated to the goddess Athena) can be seen atop the acropolis (literally, “high city”) in Athens. In ancient Rome, meanwhile, the most important early temples were built at the summit of the Capitoline Hill, in the center of the city.

Each of these structures, like the Great Ziggurat of Ur, was crowned with a “holy of holies” reserved for the most sacred rituals and accessible only by priests. While it is true that likenesses among these geographically linked holy structures might be explicable through patterns of trade and conquest, the durability of the form is nevertheless remarkable. For thousands of years, peoples with different languages, environments and modes of dress stuck faithfully to the “holy high place” formula.

The parallel development of high places with inner sancta appears even more remarkable when we consider regions of the world that developed largely independent of ancient Middle Eastern influence.

The ancient peoples of present-day India, for example, developed their own religious tradition, now called Hinduism, anchored on ancient texts called the Vedas. The rituals and practices that developed from this religious tradition eventually demanded splendid temples that, despite their aesthetic uniqueness, still feature mountain-like forms with inner sancta. Unlike the Parthenon in Athens, these temples don’t sit atop existing high points; rather, they are completely artificial mountains covered with elaborate sculpture.

In Khajuraho, India, for example, the Vishvanatha Temple resembles five artificial mountains rising step-wise in growing height. Its holy of holies, or garbha griha, is located in the tallest of these mountain forms, and was an area restricted to priests. Meanwhile, early Buddhism in India was characterized by a rounded mountain form called the stupa, sometimes surrounded by elevated walkways. Other mountain-like forms in the pan-Asian Buddhist tradition include tiered pagodas, such as the Great Wild Goose Pagoda of Xi’an, China, and tomb-temples like those at Angkor Wat.

Most remarkable of all, however, are the pyramidal temples of the pre-Columbian Americas. Struck by the architectural and sculptural similarities between pre-Columbian artforms and certain artforms of Europe and Asia, archaeologists have scrambled for decades to discover some kind of link, through discovery or trade, between the Old World and the New prior to the arrival of the first modern European explorers. Their efforts, however, have come to naught.

Meanwhile, the temples of early American peoples such as the Aztecs, the Mayans, the Mississippians (at Cahokia in present-day Illinois) and the Teotihuacans astound in their resemblance to more globally Eastern, and particularly Middle Eastern, forms. The ancient temples of the Teotihuacan people, for example, rose in mountain-like shapes capped by sacred shrines with inner sancta, strongly reminiscent of both Egyptian pyramids and Sumerian ziggurats. Though religious culture in the ancient Americas was in some ways exceptional, especially concerning its obsession with human sacrifice, it nevertheless shared the basic form of the “high holy place” with many other ancient cultures.

The Universality of High, Holy Places

Thus it seems that from the beginning of human civilization, wherever human civilization arose, communities were motivated to configure their relationship to the divine in similar ways. Their high, holy places reveal that they thought of the divine as lofty, heavenly—located above the earthly plane.

We can perhaps empathize with this intuition when we consider our own “mountaintop” experiences, astride remote peaks and overlooking expansive vistas. Do we, too, feel that high places bring us closer to God?

Meanwhile, atop (or sometimes within) these ancient high places were inner sancta—holy shrines of secret, transcendent power. Do we, too, relish a kind of secrecy, and tremble at a kind of potency that emanates from the highest points—the most solitary spires?

In the Christian mystical tradition, the spiritual approach toward God has been symbolized as the ascent of a mountain. Did many of the world’s peoples intuit this very same metaphor, deep in the mists of time?

Next time: Holy Rites of Passage – Pilgrimage and the Aesthetics of the Space 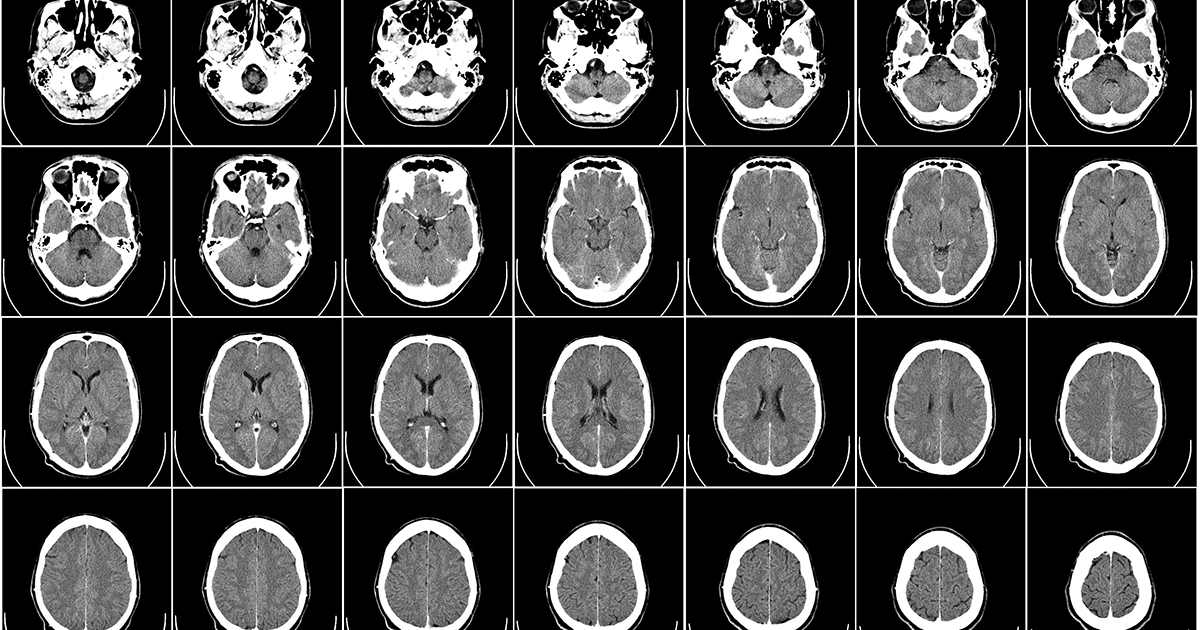 Evidence for belief in God or gods emerged in the human species around the time of the Neanderthals but is most convincingly found within Homo sapiens art and culture. 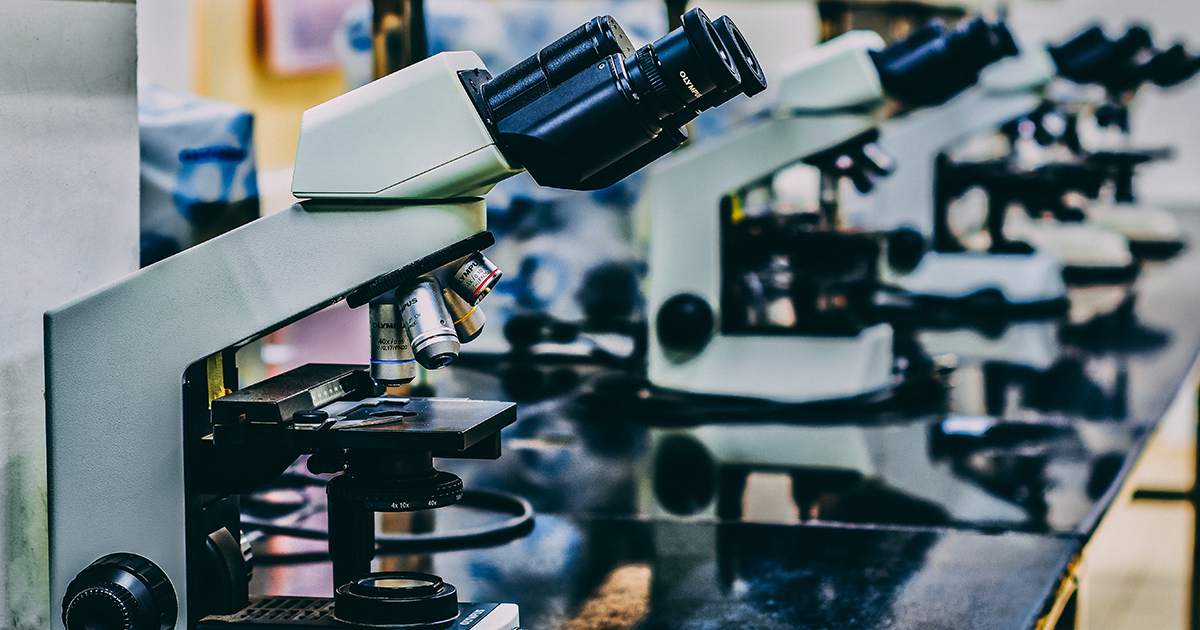 Do Objectivity and Bias Have a Place in Science?